I joined the army at 17. If you were feeling down you kept it quiet.

You’d never show your feelings or emotions, you kept them to yourself.

In Manchester there’s a project called Invisible Cities, where previously homeless people give tours around Manchester, sharing their stories.

We caught up with Invisible Cities guide Danny, to learn of his varied and fascinating life experiences.

You’re in your sixties now, what were conversations around men’s mental health like in your twenties?

D: I joined the army at 17. If you were feeling down you kept it quiet.

You had to be one of the boys and part of the team.

LB: Was it like if you were vulnerable you were seen as weak?

D: Yeah, as you say it was bad for morale.

We did the English thing of keeping your chin up and not talking about your feelings.

You know you join the army, they pull you down to rebuild you.

So you lose a part of yourself and become a trained soldier.

You’re trained not to show emotions. 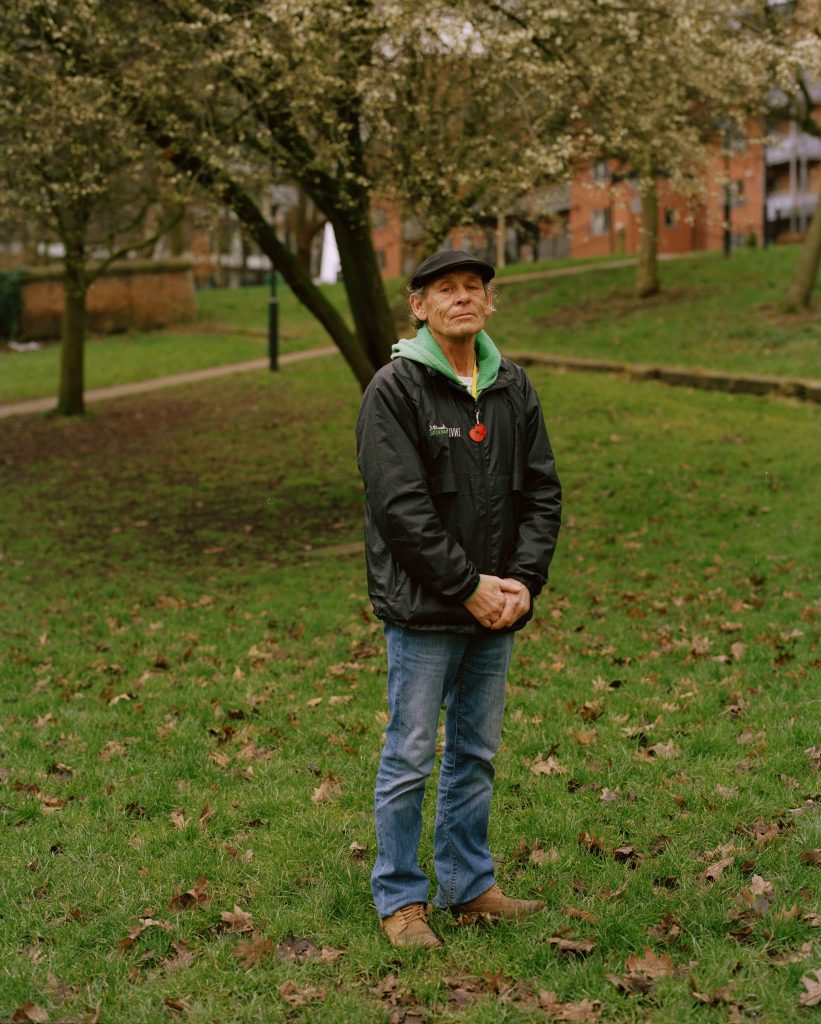 D:  I knew people who were injured and killed so you have to learn to live with that loss.

Even now, I have flashbacks.

Once I was medically discharged it was like the army had no responsibility anymore.

I was diagnosed with PTSD after 20 years of struggling.

LB: That is shocking..

D: I went to work with a specialised organisation in the Army.

We had a little bit more leeway, but we were still ruled by the military law books.

And when you come out, that is why it’s very difficult to settle into public life.

LB: It makes complete sense, it’s such an extreme change.

D: A lot of people that come out the army develop mental health problems.

We’re not used to the routine of civilian life.

1 in 5 homeless people in Britain are ex-service personnel.

That is a hell of a number to take in.

LB: The homelessness problem in the UK is diabolical isn’t it?

D: I do a lot of work with the homeless, I’ve been ex-homeless myself.

The homeless you see on the street make up a small percentage.

You’ve also got couch surfers, people in bed and breakfasts.

People in temporary accommodation or hotels.

That’s why my organisation calls itself ‘Invisible Cities’ – to show that people aren’t invisible.

There is always someone out there that cares.

It’s tough when someone’s been on the streets for a while.

We offer that extra support.

I worked with a guy recently for six months. We got him into a flat,

And about four weeks later, I was walking down Oxford Road and he was sitting on the streets.

He got so fed up with being in the flat on his own that he invited his mates there.

I don’t know if you know this, there’s a big issue in Manchester at the moment, with the spice?

D: He let them take over his flat on the spice, and ended up back on the streets himself.

The neighbours complained to the council, he lost the place.

He went from the top, right to the bottom of the list.

LB: Just from not being able to handle the change really . . .

D: We could have helped him if he’d told us.

But again this is what we were saying about the army, it’s pride. 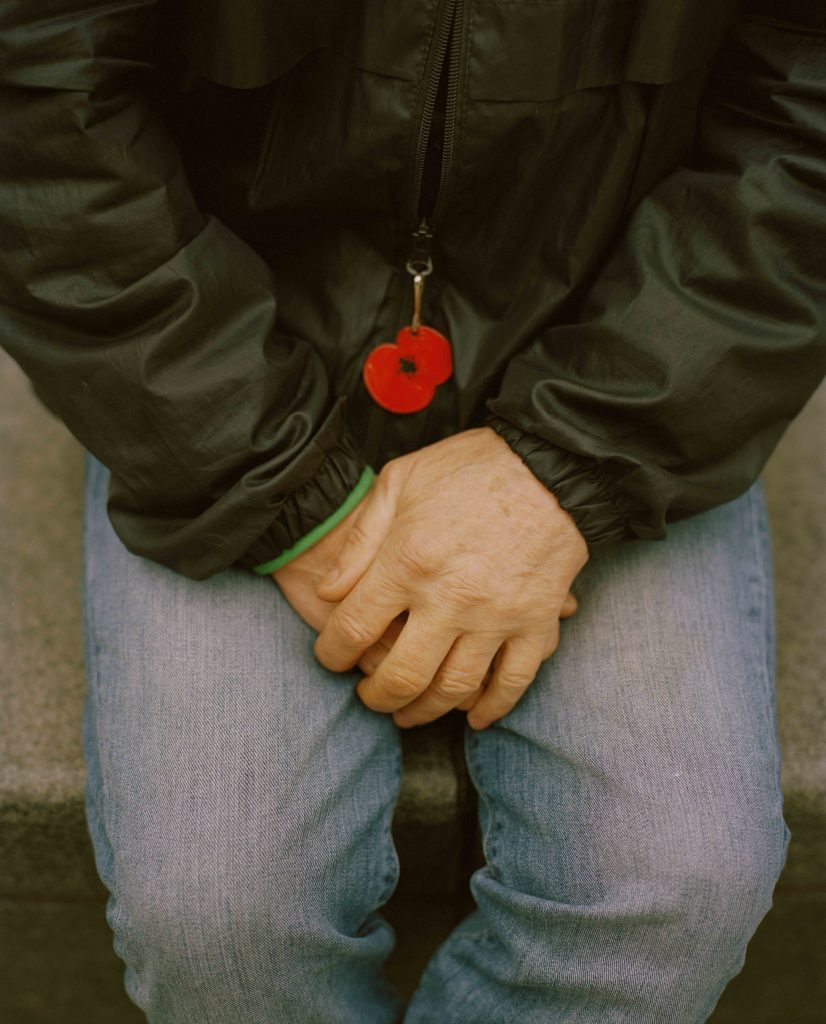 LB: Do you think often, men don’t know how to interpret emotions?

Many of us use negative coping mechanisms like drugs and alcohol, to cope.

D: Yeah, we were always brought up with the attitude of man up.

LB: Exactly, but the only way you’re gonna become tough is by being vulnerable.

D: Yeah, I think you can have a lot friends in your life, but if you just get one good friend who you can really talk to, that’s so important.

LB: And you feel much better.

D: You feel better for it.

If you have one friend you can turn to, then it’s worth a million.

LB: The problem is with social media these days.

We’ve lots of friends but not that one you can open up to.

D: Well yeah. We go back to the thing of “oh I’m alright”even when we aren’t.

But in reality, it’s a compliment, they’ve come to you as they can trust you.

D: Yeah, I found this through doing the mentoring in the homeless centre.

They’ll talk to me ‘cause they know I’ve been there.

LB: Venting out is a positive thing, it’s where you can be honest.

D: We don’t have all the answers to all the questions, but you can help people to move on with their lives.

If I haven’t got the answer I may know a man who might.

LB: So you’re like a middle man in a way?

D: Yes, just like building people up the ladder.

D: Well yeah, I’ve been on that ladder.

I’ve been to the top and owned my own business, had lots of money, everything.

I fell off that, then it took me a long time to climb back.

When I got to the middle point, I thought I’m getting off here.

I don’t wanna go back to the top of the ladder I’m quite happy at this level!

LB: You do lots with Invisible Cities?

D: Yeah, we talk to people honestly about homelessness and I also talk to them about being ex-army.

LB: If I could have one last question.

Do you maybe have one piece of advice you would give to the younger generation, who struggle with their pride?

D: Learn to be honest with yourself

Drop the male pride, everybody needs somebody.

Turn to someone to talk out your problems.

LB: It’s kind of like a balloon, if you keep putting air into it and don’t let the air out, it’s just going to explode isn’t it, it’s the same thing with your emotions.

I go to a counselling service, it helps me to realise what it’s all about.

LB: Cause you have somebody there who can help?

D: Yes, you know, let people know how you feel.

LB: The bigger the explosion after.

D: Yeah, so you know get, take the lid off, let the gas out and…

LB: Try to stay as flat as you can basically?

LB: Perfect thank you very much, that was lovely. Thank you.