How to Sleep - The Mind Map
Close

Our researcher Dr. Lindsay Dewa on how to achieve a healthier nighttime routine.

How much kip we need has long been debated.

Charles Darwin was into nine hours a night plus naps.

John and Yoko could stay in bed for two-weeks at a time, while Maggie Thatcher ran the country on four hours.

With a PhD heavily focused on insomnia and now working for Imperial College London’s Faculty of Medicine, The Mind Map’s researcher Dr. Lindsay Dewa explores the necessary steps for a healthier nighttime routine…

Is there a science to the number of hours we should be getting nightly?

Everyone is different. Some people will need a longer duration of sleep than others. This also changes as we get older – babies need a lot more sleep (about 14-17 hours!) whereas older adults usually need 5-7. Thatcher’s apparent 4 hours – that is not the norm.

Most people need at least 8 hours sleep to feel refreshed in the morning.

That’s usually one of the most important things to be aware of – if you can concentrate, socialise, generally feel OK… you haven’t got insomnia, even if you’re only getting 4-5 hours of sleep per night.

How about time of night – is there a sweet-spot to maximise the quality of a sleep?

Power, fighter, siesta – there seems to be arguments out there for and against the nap…

Places like Spain, the Mediterranean, people have built “siestas” into their routine over a long period of time. Therefore this is normal and it does not impact negatively on their nighttime sleep. For most of us in the UK, however, a nap is usually a no-no.

We’ll find it harder to sleep at night, if we sleep in the daytime, as the sleep pressure is not as strong as it would be without the nap. In fact, usually it will mean that we will have a shorter sleep duration at nighttime.

Nonetheless, sometimes having a quick 10 minute “power nap”, between 1-3pm (after lunch!) can be helpful, to “reboot” for the rest of the day.

I wouldn’t recommend longer than 20 minutes as that will go into deeper sleep, which can make us feel groggy on awakening. They are certainly not a replacement for good nighttime sleep!

How does lack of good nighttime sleep impact our mental health?

In short – it can have a big impact!

It is now well known that having consistently poor sleep (i.e. insomnia) directly impacts negatively on our mental health.

It can be temporary or more severe and long lasting. We’ve all had a bad night’s sleep – I know I have. The next day I can be a bit down, lack energy and motivation.

However, it’s when you continually have poor sleep over time that there can be more severe issues in relation to our mental health.

It can manifest into deeper psychological issues?

The literature shows strong evidence that having poor sleep will affect your mental health and wellbeing.

In reverse, we now know that treating your mental health problem (e.g. depression) with a psychological sleep intervention (e.g. cognitive behavioural therapy for insomnia) can not only improve your sleep, but also significantly improve mental health outcomes!

This is big news and shows how important it is to look after your sleep.

People often casually describe themselves as an ‘insomniac’ following a few restless nights. How many actual cases of insomnia do we deal with worldwide/domestically per year?

People can feel like they have insomnia because they don’t feel they are sleeping very well. However this is not insomnia.

According to the latest criteria (DSM-V) to be diagnosed with it you need to satisfy the following main criteria:

i) have a sleep problem for three months or more

ii) have it persistently for a least three nights per week

v) difficulty occurs despite opportunity to sleep. The amount of people that have insomnia worldwide varies depending on population, age group and country. Typically around 10-15% of any given population have insomnia. Around a third have poor sleep problems. 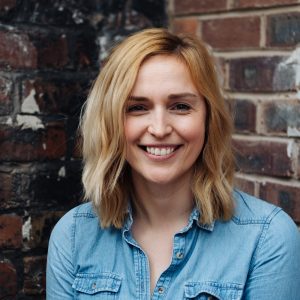 Do you feel more people should be seeking professional and medical treatment for their poor sleeping problems?

I don’t necessarily think people should be seeking more treatment for insomnia if they are having a few bad nights sleep.

It’s all about better sleep management. For example, we can alter our sleep routine – get up and go to bed at the same time every day, have a cool and dark bedroom, only use the bedroom for sleep and sex, and don’t drink coffee or stimulants past 3pm.

However for those people who have been struggling with getting a good sleep for a while, I think they should go to their GP.

Whilst there is a place for hypnotic medication (i.e. those with acute stressors), the now gold standard treatment for long-term sleep problems is cognitive or behavioural intervention.

The most common psychological therapy for sleep problems is cognitive behavioural therapy for insomnia (CBTi). Whilst based on cognitive processes – CBTi is NOT CBT – it consists of five components:

Although National Institute for Clinical Excellence (NICE) guidelines recommend CBTi for long term sleep problems, it can be hard to access due to lack of trained staff, waiting lists and cost.

But there is now an alternative to face-to-face CBTi – online CBTi from companies such as Sleepio. Sleepio is now available to the NHS patients living in London for free!

You mention limiting what we use the bedroom for. With Smartphones, Netflix accounts on laptops – it’s getting harder to switch off, once we get in bed…

Not using your smartphone before bed, and particularly in bed, is not advised because its blue light can negatively impact on our naturally occurring circadian rhythms (it can think it’s daytime).

Instead, most sleep scientists and guidelines suggest starting a wind down routine at least 2 hours before bedtime.

This means not using your phone, TV or anything else that will stimulate the mind. Also – when you feel sleepy, go to bed! This is much better than falling asleep on the couch and waking up to then have to go to bed.

Many people need a podcast, music or some sort of broadcast playing to drift off to. Is this ok as part of a night-time routine or a dependancy we should be looking to break?

I know people who have always watched telly or listened to music before bedtime but they sleep fine. Why is that? It’s exactly what you’ve said – they have been doing it for so long it is part of their “wind down routine”, therefore they are used to it and it doesn’t effect their sleep.

Other people might struggle to sleep if they suddenly introduce music etc. into their sleep routine.

Can partners sharing a bed affect each other’s sleep quality, either positively or negatively?

Yes and no! It depends. Yes – if someone is a restless sleeper or snores for example, then this can negatively impact the other person’s sleep. In contrast, no – as you are used to your sleeping patterns and have adjusted together to ensure you both sleep ok.

I know as my partner is away a lot – when he first comes back I struggle to sleep as I’m used to sleeping a certain way and I have to readjust again – it takes a little time but we get back into it.

Neuroscientist Matthew Walker believes sleep should be prescribed. Do you see more campaigns and treatments emerging in the near future?

I have read (most!) Matthew Walker’s books and think I agree, in part. We usually think looking after our sleep is not important compared to other mental health conditions such as depression and anxiety etc.

However, as I alluded to earlier, our sleep is so important because it impacts our mental health.

This being said, the news, academic research and books like Walker’s are making sleep more of a popular subject and therefore the general public are becoming more aware of the importance of sleep – we are investing in sleep research and education more than ever before.

Remember – sleep science is still relatively new compared to other sciences, so we have a long way to go until we discover everything there is to know about sleep!

What are some of the more interesting facts and stats you’ve uncovered from your own research?

My own research in the sleep field has focused on secure environments, particularly the prison populations in England.

From my doctoral research I found out that almost two thirds had insomnia disorder (DSM-V), indeed – most have long-term sleep problems and poor sleep quality.

The reasons for insomnia were similar to that in the general population – depression, anxiety, suicidality, pain and physical health problems, however the prison environment also played a part.

NICE guidelines for insomnia are not adhered to in most prisons in England and Wales. This is surprising as we know that treatment for people in prison should be at the very least equal to that which is offered in the community.

Our most recent findings tested initial proof of concept of a treatment pathway of insomnia in one prison. Initial results suggest there is a place for psychological treatment with peer support in a prison – watch this space for our published work!

More info on Dr Lindsay Dewa and her research here