We touched upon his mental health journey; the positive effects of Buddhism; the importance of sleep; and much more.

I was incredibly nervous sitting in my spare room, voice recorder ticking and a call being carried via WhatsApp from Liverpool to Denmark. You don’t get to phone your heroes all too often.

John Hassall, the eloquent Libertine, lives in Aarhus these days.

The relative anonymity is a poetic match for his calm, unassuming personality.

I was instantly at ease as he made time for a somewhat giddy fanboy, making me feel vaguely professional in the role of interviewer.

“What really appeals to me about Denmark is the welfare state here,” says John.

“It’s something that I see more and more in the UK: that growing difference between rich and poor.

It’s quite sickening to be honest. I’m very happy that I’m living in Denmark.”

“Things are so much more spread out over here. The high income, rich earners pay a little bit more tax, and that helps to share it out a bit.

There’s a great standard of schools and university is free.

That’s something the UK could definitely benefit from.” 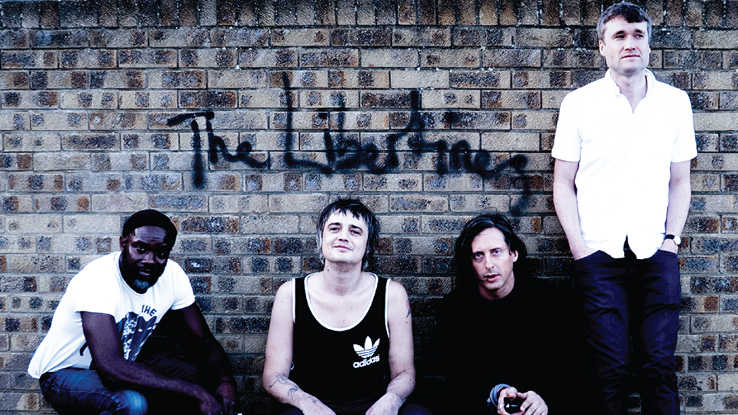 When you’re in a band fronted by Pete Doherty, the misunderstood ragamuffin of British music, you have a front row perspective on the very extremes of human ability and fragility.

“I used to take a lot of drugs when I was a teenager,” Hassall explained.

“I don’t want to dictate to anyone whether they should take drugs or not, but I lacked control over my life so I basically cut them out completely.

If you don’t feel stable in your mental health, I would say leave the drugs alone.

But, people have to find their own way, I’m not here to point fingers. I don’t get judgmental.”

In this regard, Hassall has rode the waves of life aboard the good ship Albion.

That ideal helped me during dark periods with anxiety, obsessive-compulsive disorder and depression.

“A lot of people have said to me that the Libertines have really given them hope when they have been struggling,” says John.

“That is definitely in accordance with Buddhism. It’s all about hope.

“If you need support, whether it be medicine or therapy, take it”

Just take it if you need to get back on your feet again.”

He chants at various points throughout each day.

“I think it’s really important to get a good start to the day,” explains Hassall.

“For me, chanting is a way of getting perspective, energy and courage.

I chant for maybe half an hour in the morning, then try to take the Buddhist philosophy out into my day.”

“It’s all about having respect for yourself and for other people.

It’s really important that you are strong enough to respect yourself.

“Buddhism is all about trying to see the value of dignity within each person and within yourself.

I try to take that out into my family, my workplace and my music.”

Hassall formed his own band, The April Rainers, in 2017.

He enjoys song-writing and has a varied taste that evolves with the times.

“I think the creative process is fascinating,” he continued.

“Nowadays, I allow myself a lot more space to write songs.

Before, I would really beat myself up, I became very unhappy because of that.

But now, I feel like my life and my happiness is more important than whether I write an amazing song.”

New songs are coming, however, and if all goes according to plan, Libertines fans could be in for a treat sooner than originally thought.

“Pete and Carl have been writing together in Margate, which is great,” said Hassall.

“I’m positive that the new album will be great. The potential is all there, it just needs to come out. The studio is there. The songs are there, somewhere.

So yeah, I would say by spring next year, hopefully, we will have the new album.”

At this point, The Libertines have almost outgrown the need to impress and sell records.

Whether the new album is a commercial success or a dull flop, Hassall will maintain his delicate equipoise.

He will just keep on rolling.

“I’m kinda relearning the process of enjoying daily life and maintaining respect for myself,” he declares.

“It’s okay to say ‘okay, I didn’t quite accomplish it today, but maybe I will tomorrow.’

Give yourself that space. That will make you more creative.”

As a passionate writer with obsessive-compulsive disorder, I can certainly associate with self-applied pressure.

“Mental health should be taken as seriously as physical health”

“I have had friends who have suffered with mental health problems, and it is really crucial to get help for it.

If you need support, whether it be medicine or therapy, take it. It’s there.

Take it if you need to get back on your feet again.”

Hassall is also keen to reiterate the role of physical health in psychological wellness.

Sleep is crucial for mental health.

If you are not sleeping properly, then it can really start to affect the mind, so that’s really important.”

“I try to get in the rhythm of winning every day. It can be very small things, very small victories, because it’s all relative.

Sometimes, if you are really struggling, just accomplishing a small goal can give you confidence, energy and belief to carry on. Going to the supermarket, buying food and making a meal.

If you need to take baby steps, they are still victories.”

Finally, in closing Hassall urges a breaking of the stigma that still surrounds mental ill health.

“Go to the doctor, first of all. Make sure you are sleeping.

Living healthily makes a massive difference. Get the support you need.

The mental health services are amazing in the UK.”

Amen to that, John.