“Ace mental health for me means getting up at a reasonable time, make a veg juice, and a ginger shot”.

Nile Marr is a 25-year-old musician from Manchester. We met him in Manchester’s Northern Quarter and talked about being straight edge, good music and making tunes.

What are your plans for today?
Today is pretty busy, gotta pick up and drop off an amp. Grab a soundproofing screen. Moving a lot of gear around.

Are you studying at the moment?
No, no, I’m in a band called Man Made.

What are you listening to?
I always go back to Built To Spill, really great American band. We’re seeing Hot Snakes later this month at The Brudenell so we’re going through their records right now.

What are you reading?
At the moment, a book called Rainfall and the Seeders. It’s set in the forties, in the Puget Sound of the Pacific North-West. Some guy gets murdered and they pin it on a Japanese immigrant just because he’s Japanese. It’s pretty good.

What are you watching at the moment?
I’m not really watching anything, I’ve not got the time. 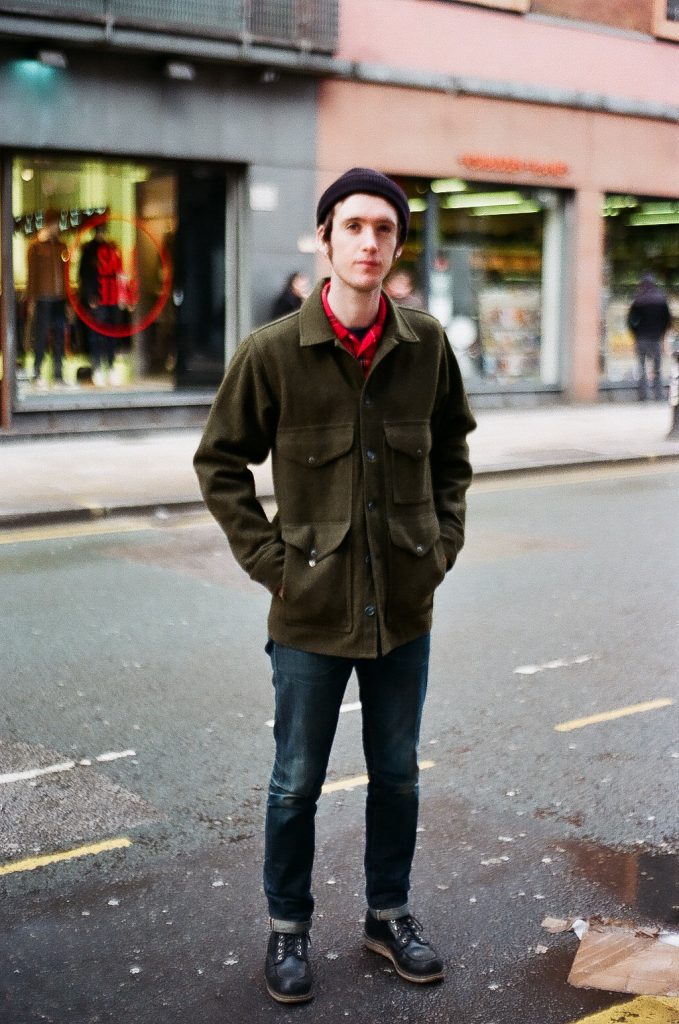 What would constitute a perfect day for you?
I’d love to get in the practice room now it’s clean.

For what in life do you feel most grateful for?
My wife, she’s great.

Could you complete this sentence please, “Ace mental health for me means…”
Getting up at a reasonable time, make a veg juice, and a ginger shot – for later in the day. Then have a bit of a clean of my flat. Sit, have a quick read, drink my veg juice; then go get some work done.

What do you do to stay mentally healthy?
I don’t drink, I don’t have caffeine, I don’t have sugar. And I run.
If my routine goes off I start to feel like I don’t have any energy. So, yeah, drinking and eating vegetables.

Who inspires you and why?
Ian MacKaye, he’s a guitarist for Fugazi. He kind of accidentally started, and continues being, straight-edge. But that dude; an older man who’s consistently got it right. He’s THE dude.