Luke Marzec - Going Through The Emotions - The Mind Map
Close

Luke Marzec – Going Through The Emotions

Things are going to get better. Try to enjoy yourself and love people

Learning to enjoy your own company is so important.

Luke Marzec is a Polish-British multi-instrumentalist.

His music blends elements of electronica, soul and R&B. We talked to Luke about life on a London houseboat, the importance of boredom and the life-changing power of lists.

Let’s start with your unique abode! How did you end up living on a houseboat?

It kind of happened by accident. One of my best friends owned the boat and he asked whether I’d like to stay with him last spring.

After that he was moving to Africa for his work, he’s a journalist, and then he offered to sell me the boat.

So, the boat found me I guess. I didn’t really intend it, but it seems to work really nicely.

I get to move around the rivers and canals whenever I like.

I get to explore. I think it’s really cool for London.

Living in London can be quite expensive . . .

Most people under the age of 35 in London do not own their own property, and I think those renting have to move often because they don’t have that long term rental security.

It makes it difficult for people to feel like they have a home.

In my own place I can make it suit my changing wants and needs.

A lot of people live either with their partner or live with friends, which is fine, but people don’t even have the choice or opportunity to live alone even if they wanted to, because of the prices. I think that can potentially stop personal growth.

That’s a good point. Would you say living on the boat has helped you in a way? Being able to move around and change places?

The place changing and stuff is more for fun.

Having my own space is most valuable.

I do, yes. I have a smartphone now.

You need to be a bit more thoughtful about how you use it.

So that’s what I like about it, I have limitations on how much internet I can use.

Which again gives me more space.

I guess it shows you don’t have to be connected to the  internet all the time? Something we’re quite used to now.

Yeah, totally. I mean now even though I do have my smartphone, I try to practice turning it off.

And I think, if and when, I move into a house it’s just getting into practice of turning off the router.

There’s this thing with phones, the constant potential for distraction

Whether you’re using it or not, you know that your brain knows that it’s there.

I wonder to what extent that stops people from being able to focus on other things.

It’s just the potential of all the communications. The whole universe in your phone. I just think it’s nice to have less of that.

Do you think that helps you with your song writing or your creativity?

One of the things I noticed, especially over the past few months when I haven’t had any phone or laptop on my boat, is that you learn to be bored.

And when I’m bored I tend to pick up the guitar or the piano as I need to make my own leisure.

I also play solitaire with cards, or I stare out of a window for an hour and let my mind sort itself out.

Speaking of music who would you say are your biggest influences or inspirations?

I’d say Ray Charles, Bob Marley, Bon Iver, maybe Jeff Buckley, James Blake. I can’t think of more artists for now, but people who really seem to lose themselves in the music. People who sing from their heart. 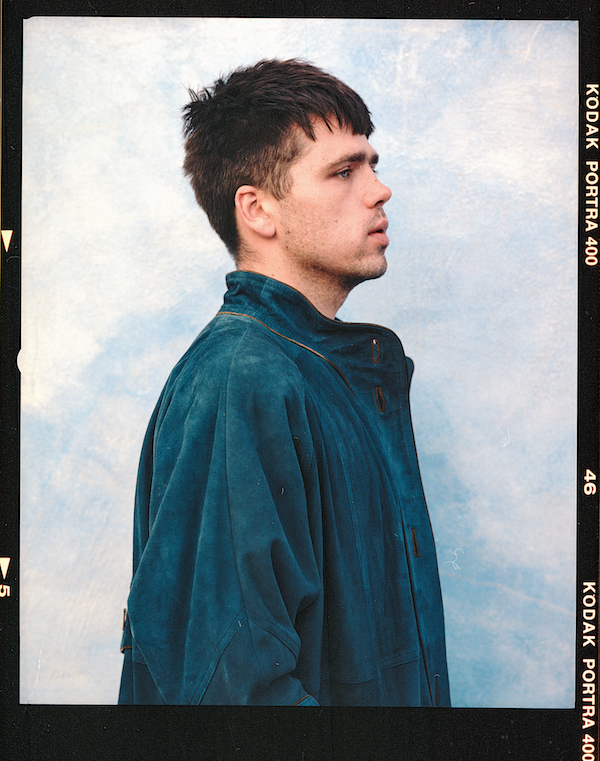 You released an album earlier this year (Regrets & Resolutions.) Are you currently working on anything new?

I’m working on an album.

I feel really good right now, I find that any time I sit at the piano I’m making music so I’m gonna try and make the most of that.

I’m getting it all out.

Could you tell us about your own experiences with mental health and if you have any advice for people who might be struggling with any similar issues?

Lists helped me funnily enough! They can be beautiful, they can be like a great adventure. If you’re scared about what to do in life, I think they can help.

I wrote a list of things that I’d like to do, that I don’t do right now and I started with the smallest things. I’d like to cycle more and see more parts of the city or I’d like to listen to Radio 3 sometimes. Then I started doing those things.

Exhaustive lists of all the possible things that would make me happy too, like seeing my friends for dinner once a week, going to the cinema on my own, exercise, read.

Couple months later I looked back at this long list and I was like, oh look I’ve done all this!

Yeah, kind of and then working my way up.

I started to enjoy myself and started to feel a little bit healthier.

I felt that I was in a safe place where I could now try and give to people around me.

I could finally do that and try to love more.

And do things in your own time maybe?

Yeah definitely! You can take time. We have a whole life ahead of us. If you need to take six months to travel or put your job on hold, you can.

It’s ok to be happy and enjoy yourself.

Do you have any books, songs or films that make you happy, you would like to recommend?

Zen And The Art of Motorcycle Maintenance. I guess that was kind of reaching into some mindful ideas.

I also found some radio hosts that I like, Gideon Coe on Radio 6 music. I was like Oh Gideon, my old friend!

Luke performs at The Social, London on 24 September.