Offering immediate and effective support in a creative, innovative environment is kind of central to what we do.

These sleeping giants provide a fitting symbol of restoration as I near Bloom, the new home to Wirral mental health charity The Open Door Centre.

Opened in February, following seven years in Liscard, the charity’s new home is a cocoon of wellbeing.

Breakout spaces and therapy sheds are accessible towards the back of the renovated warehouse. It’s the antithesis to a suburban clinic.

The venue has opened for a day of delivering mental health support to its 15-30 year old members.

Gathered on a bench are Adele, Joel and Greg, three amiable 20 somethings. The trio channel their respective mental health experiences into full time roles at the charity.

Before we delve into a discussion around lived experience, challenges and therapy, I ask the interviewees to confirm their names.

Joel deadpans “Joel Dipple. – nipple with a D” – propelling his colleagues into a collective belly laugh.

“I never made that connection,” Greg giggles. The exchange is emblematic of how The Open Door houses vital conversations in accessible surrounds.

Providing free membership, the charity supports young people feeling low, stressed or anxious. They have developed their own Cognitive Behavioural Therapy (CCBT) tool ‘Bazaar: A Marketplace For The Mind’. Visitors are guided through the eight week training with someone of a similar age and character – providing a perfect blend of human interaction and accessible online intervention. 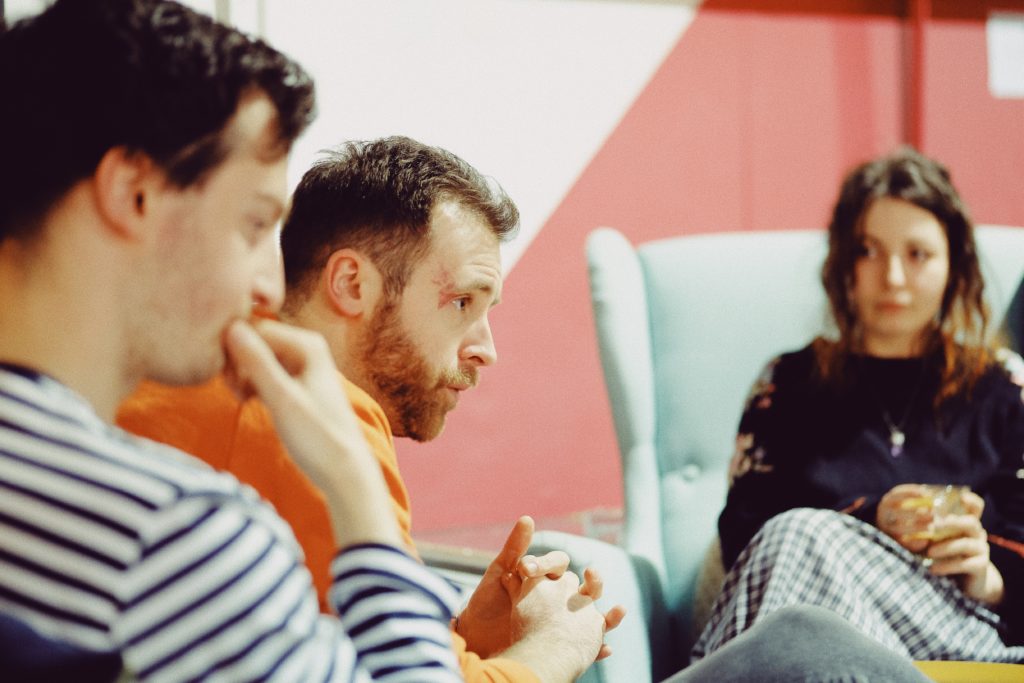 PB: What are your own experiences around mental health

AI: It probably all started when I was in my early teens. A bit of anxiety and depression around my brother going to the army. It wasn’t taken seriously though. I suppose it was seen as something to kind of shake off.

But it developed into this horrible depression which I tried to ignore at first. Until I went to uni and it came to a head. I dropped out and felt low, with no direction. The pressure of getting work added to it.

PB: What has helped you?

AI: I think just talking to people about it, because that was my main issue.

This job keeps me well. Helping other people has really helped me.

AI: The main challenge is not being taken seriously. And that worry of “If I do tell people, will I be taken seriously? Will people want to help or will they just think I’m weird?”

You know, all the stigma around it as well – I think that’s one of the main challenges. And again, finding that support.

There’s a lot out there but it’s more about trying to find the right kind of support.

It’s very clinical, which can work for some people. But a lot of people need that feeling of being able to approach people. 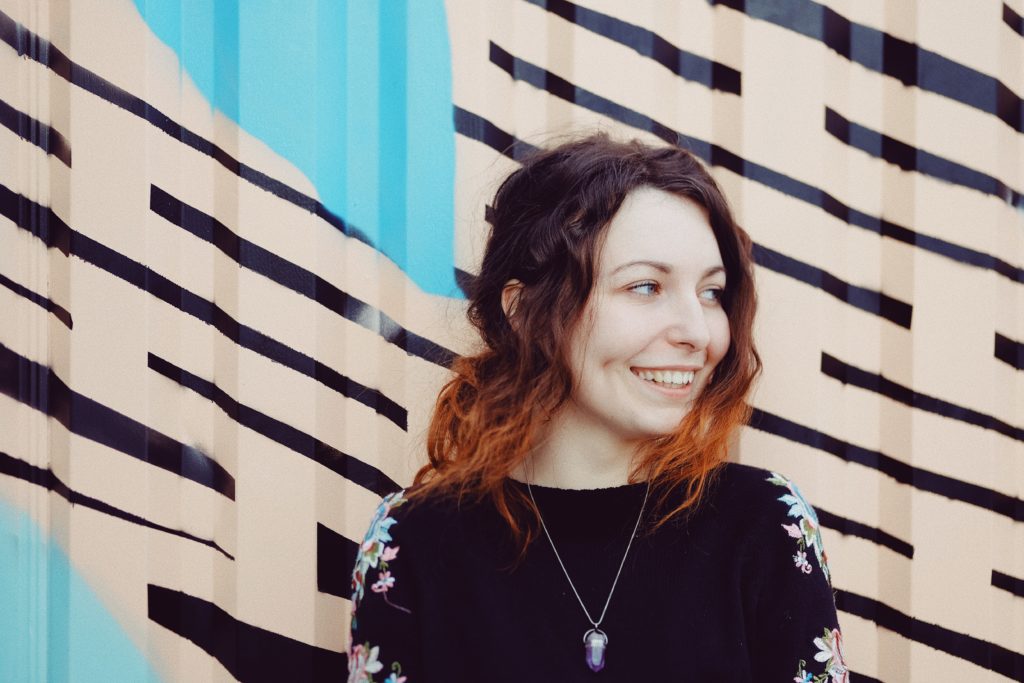 AI: We’re a non-clinical service. We have the volunteer programme, so we allow people to be paired with people that have that relatability factor to them. All the volunteers and staff have had their own experiences too. I think that’s a big factor.

The course we provide is bespoke. And the building is presented in a cultural way that’s accessible and creative.

PB: What are your own experiences around mental health

I was diagnosed with Obsessive Compulsive Disorder in my early twenties.

It’s something I’ve always had but it became worse as I got older.

Thankfully, I got treatment and support when I was living in London and my recovery started from there, and it’s been pretty good since.

PB: What has helped you?

GE: In terms of keeping well, I think with a lot of mental health issues it’s about the journey you go through.

So, learning a lot about yourself. Learning about your own resilience, your own trigger points.

Keeping well to me is all about self awareness and sort of trying to nip things in the bud before they become a big problem again or blow out of proportion.

Living quite a busy, active life suits me and my personality. I do a lot of endurance sport events to keep me busy and healthy. Plus music and other creative things which stop me from having too much time to worry about things.

GE: The digital age has caused problems in the sense people are always able to communicate and not necessarily in a healthy way. We see a lot of issues around things like cyber bullying.

In the past, if you were bullied at school and you went home, the bullying stopped. Now, if you’re experiencing bullying, it can continue online, in Whats App groups for example.

There’s a lot more acceptance around mental health issues now. Which is a really positive thing. But the support networks, these statutory services, haven’t caught up with the demand. That’s a real obstacle, and I think it causes quite a lot of tension for young people.

GE: One of our key ambitions, and something we’ve always met, is to have no waiting lists.

It’s all about having a person-centred approach to working with people where we respond to their individualism and help them through their journey in a way that’s compassionate and supportive. Using clinical tools in an engaging way.

It hasn’t got the same formal approach as in some clinical services.

We’re offering that choice and opportunity to people if they’re not feeling great. They can come along, sign up and get involved.

PB: What are your own experiences around mental health?

My mental health deteriorated after the death of my best mate.

It wasn’t long term depression or anxiety. But I bottled up the grief for around six months and it came to a head in a series of panic attacks.

I then sought grief counselling which helped. The art of conversation helped me.

What I thought would have been great for me at the time was if there was a space like this where I was, where there was a more welcoming environment than something that was clinical.

I probably would have sought help far earlier than I did. Now being able to work in an environment which is so welcoming and supportive of others is something that I am quite proud to be in this environment, hopefully helping folk. Even if it is, for me, just being on the coffee shop side of things and making it a welcoming experience for people. It’s great.

JD: From my own experiences, knowing where and who to talk to. I think as young people, we are far more aware of the conversation of mental health and it is far more open, but there is still always the struggle of not wanting to maybe burden friendship groups or close people with mental health issues and not knowing where a conversation can actually take place around it.

JD: Having a space like this where, as Greg was saying, there’s no waiting list and a conversation can happen with someone who’s trained and relatable is an amazing thing.