As we sit down for breakfast at a converted barn just off the Knowsley Expressway, I realise it’s been five years since I’ve seen Shaun Whalley in person. A close school friend and old drinking partner, the talented winger was always good company. With a turn of phrase as sharp as his Cruyff, we’d bonded as younger […]

As we sit down for breakfast at a converted barn just off the Knowsley Expressway, I realise it’s been five years since I’ve seen Shaun Whalley in person. A close school friend and old drinking partner, the talented winger was always good company. With a turn of phrase as sharp as his Cruyff, we’d bonded as younger men over the usual gear. Sports, betting, The Strokes; we had a lot in common, including our addictive personalities.

Whalley was a fun-loving, infectious kid with a wild streak. Not a Gazza sort, or tragic George Best figure. Just a loveable rogue, who’s pace on the pitch got him paid, while his over-zealousness away from the field, at times, hindered his professional progress. But I’d heard good things. Mutual friends had told me the Shrewsbury forward had completely ironed out his old issues.

As the coffee and convo flows on a chilly Wednesday morning in Cheshire, it’s clear my old pal’s in a good place.

“This is the best I’ve ever been doing. I’ve been playing in League One for four years now,  and I’ve done well every season. We nearly got up last year”.

With spells at a variety of teams, ranging from Accrington to Warrington, Shaun’s time at Shrewsbury has been the most consistent of his career. It’s no coincidence that it’s came after finding peace in his private life.

Never a big or regular drinker, Whalley was notorious for going hard on the occasions he did cut loose; often leaving a trail of destruction in his wake. I’d been involved in many of those outings. Ruined furniture at house parties. Hotels turned upside down. Cleaned-out drinks cabinets. Young seeds being sewn, you could say.  But not an ideal look for a footballer, or actions for a footballer’s friends to be encouraging. Married last summer to partner Jessica and now a father to four-year old Jude, the wild nights have long been benched.

“It’s so hard when you’re making the same mistakes over and over. I try and explain it to people, me ma and that. They like a drink and I think they find it hard that I hardly bother now. I feel like they think I’m not having fun. I try to explain to her that once I stop drinking, I don’t even think about it. It’s not in my thoughts. I don’t go boozers no more, and that’s not even out of effort. I’m just not interested”.

In 2015 when playing for Luton, Whalley received a wake-up call, on the booze front, that topped any of his previous warnings. After the team’s end of season awards ceremony, Shaun had been arrested for his alleged involvement in an assault. It was claimed his teammate, Ricky Miller, had head-butted a taxi-driver during a drunken, late-night ride.

“I sobered up quick, sat in that cell all day, getting questioned. You know me, Ste. I’ve never been a fighter. I knew it wouldn’t have been me they were saying had head-butted a fella. But at the same time, I couldn’t remember. I didn’t have a clue. Could have been? I just thought, “Fucking hell, I’m in the shit here”.

Although never charged over the incident – with Miller also later cleared in court – the experience was enough to trigger change.

“I spoke to a lawyer. He said they could have nicked me, just for being there. My contract was up at Luton and I was just thinking, what am I gonna do here? I didn’t wanna drop down the leagues again. I had bills. When I was younger I didn’t have any responsibility, it was just me, going at it”.

When a move to Shrewsbury presented itself that summer, Shaun and his partner jumped at the chance of a fresh start. They haven’t looked back. Together for eight years before last year’s wedding, the gratitude he feels towards Jessica’s positive influence is clear when he talks about his wife.

“With her being older than me, she’s always been much more mature. She never really drank, either.  So I wouldn’t. I guess she’s just bullied me straight”, he reflects, with a smile.

Although not strictly tee-total, Shaun’s alcohol intake is now kept to the rarest occasions. Where once he’d revel in the carnage of a binge, he seems relieved those incident filled sessions are a thing of the past.

“We went to Dublin after a Saturday match for our Christmas doo. I had a good few bevvys, but no incidents, just a few drinks. Got some food. To wake up in the apartment knowing I’d not done anything mad was just the best thing. I was buzzing”.

With the bevvying boxed off, the conversation turns to another vice we’d both indulged in during our younger friendship. Like many footballers, Shaun found himself with a healthy wad in his pocket and endless, post-training afternoons to fill. Hours – and notes – would invariably be spent gambling.

“The thing was, I just didn’t care when I lost. Most people are pissed off and fuming when they’ve done a wage in. I was just like “sound, that’s gone now”. The girls working the counter couldn’t get their heads around my reaction to bets going down. But I found out later that can be more a sign of a problem than getting angry”.

With one in five addictive gamblers attempting suicide at some point in their lives, Shaun’s escape from what had become a destructive hobby was a major achievement. He again credits Jessica for playing a big part; checking his finances, checking-in on his whereabouts. Ultimately, it was Shaun’s shift in priorities and a determination to be better that lead to change. He says he still has a flutter at Cheltenham and Aintree, but it’s once a year. Like the drinking, it’s controlled.

“I used to think I was a big sports fan. I still love boxing and obviously watching some footy games, but I hardly watch anything else. I wasn’t really into the other sports, just gambling on them”.

Recently back from a lengthy absence through injury, did he have any anxieties over old habits creeping back up on him, while sidelined?

“I’m just in a totally different place now, I don’t get the opportunities to lose the plot. It wasn’t an injury where I’d been stuck at home, so I was still going into training. Getting in earlier, leaving later. I just go home, play with our Jude, watch a bit of telly, then we go asleep. Then it’s the next day”. 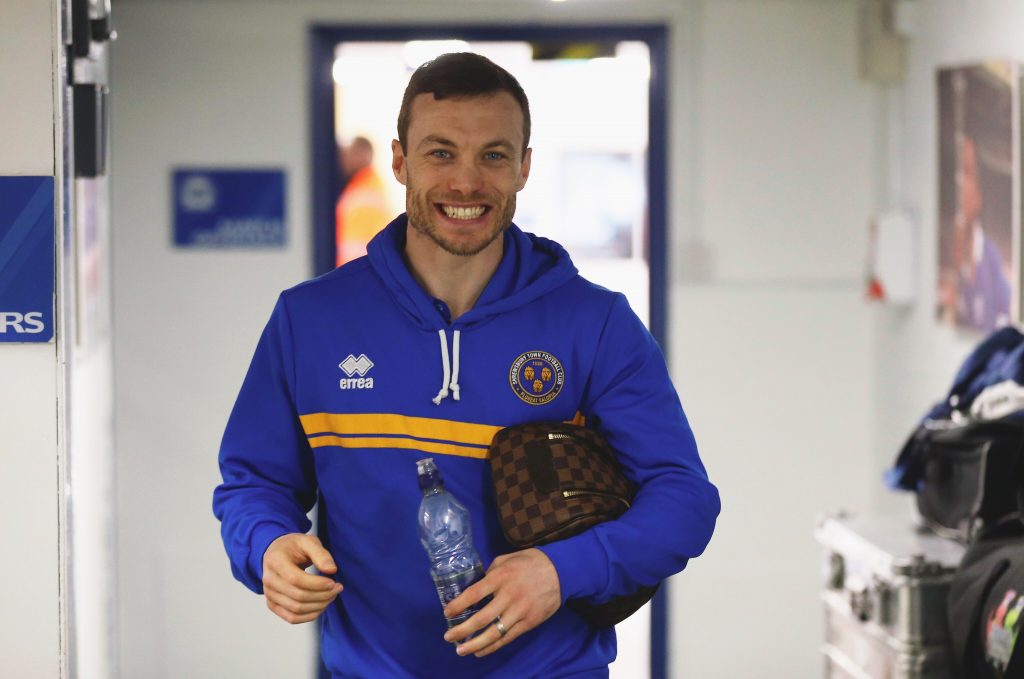 Finding structure and discipline hasn’t made Shaun any less fun to be around. Those Ray Liotta blue eyes that once hinted at Henry Hill madness still light up when he’s excited, but represent much calmer waters these days. As we gab about the latest Netflix releases and what new boxing podcasts he should be getting his head into, I’m reminded that our friendship was much more than the gambling and partying that so often defined it.

“You know, I’ll never say any of that was shit, I really enjoyed a lot of those times. But there comes a time, you’ve gotta pay bills. You’ve gotta grow up. And then they’re just memories”.

Whalley’s clearly changed for the better, but so it seems has his environment. With high profile stars such as Tottenham’s Danny Rose opening up on depression, and the FA taking a zero tolerance approach to players gambling on football, does the current locker room seem different to the atmospheres he experienced when coming through the ranks?

‘Completely. Some of the stuff that used to go on in the early days was just not the sort of thing you can get away with in a work place. People just get along and are more understanding of problems. There’ll be the odd talk of a golf bet, but a lot of the younger lads are too busy on social media. It’s much more relaxed.’

After scoring on his recent return to Shrewsbury’s starting lineup after four months absence, the current version of Shaun Whalley seems to have more to give to his club than at any time in his life. He’s been lucky to meet a partner that has helped him develop, but his own intelligence and introspection have also been vital in preventing a premature end to his Football League status.

As for the future? He’s hoping his experiences – coupled with his footballing nouse – will allow him the opportunity to help younger professionals from a position of leadership.

“I want to be a manager, one hundred percent. Football’s all I wanna do. It’s gonna be hard. There are a lot of people that want to manage and there’s not a job for everyone. I know that. I just feel like I could do it, I could be a good manager. I seem to get on with people in football. I’m easy going. I like to see other people’s point of view and where they’re at”.

There’s no doubting where Whalley’s at. After settling the bill, we laugh at the fact we’re leaving a quaint farm dishing out bacon butties and cuppas, rather than a pub or bookies serving up pints and bets, like the old days. There are plenty more positive days ahead for Shaun. On and off the pitch.

If you’re struggling with gambling issues, checkout https://www.gamcare.org.uk for help and advice.