"Talk more" we catch up with Allusinlove - The Mind Map
Close

“Talk more” we catch up with Allusinlove

As the sun sets on a bright day in Liverpool’s Baltic Triangle, I catch up with Yorkshire rock dynamos Allusinlove to talk about the highs and lows of being in a band, coping mechanisms and the importance of talking to your mates. Without hesitancy, the friendly group talk candidly of name changes, mental health, their […]

As the sun sets on a bright day in Liverpool’s Baltic Triangle, I catch up with Yorkshire rock dynamos Allusinlove to talk about the highs and lows of being in a band, coping mechanisms and the importance of talking to your mates. Without hesitancy, the friendly group talk candidly of name changes, mental health, their debut album and high profile European support slots.

With their highly anticipated debut album title ‘It’s Okay To Talk’ hinting at a certain vulnerability, I’m keen to uncover the relevance of such a moniker.

“We got inspiration from the popular mental health hashtag, which prompted a lot of confessional type posts. We observed how the the posters were talking to the world rather than an individual. It can be hard to approach someone directly about issues such as depression. It kind of feels easier to tell everybody all at once. A lot of people post status’ online, not calling for attention so much, but with a deeper meaning behind it, saying ‘help me’.

“The song we wrote about that, encapsulated our roughest time as a band. We were going through some terrible stuff. We weren’t using sensible coping mechanisms, instead turning to drugs, junk food, TV, all the things that you think are going to make it better but don’t. Our previous band name Allusondrugs was about that. It wasn’t implying we were all on drugs, it was a comment on how people use drugs as coping mechanism. But when we got signed, it was suggested we change the name, to help us reach a bigger audience, so we just got on board with it.

“It’s actually been the best outcome. It says more about what we are about as a band. The change in name almost marked a shift in our own collective mentality. That opened us up to – ‘lets try to help, you can talk to us anytime.’

There are so many variables that can trigger you into feeling worse than you need to. Sometimes sitting and listening to a song, blocking everything else out, I know that helps me now and again when you’re worrying about the direction of your career or whatever. We’ve had to sacrifice everything really. So if you fall, you fall really hard. It can be almost world ending. That’s how it felt at times.

“It is okay to talk to each other. Talk more.”

“We’re getting better at that, we we will get there.

“We played non-stop for about five years. You work constantly to get seen or signed. When we finally got to a point where things seemed to be happening, it started to die down. The things that you were thinking were going to elevate you and speed you up actually ended up slowing us down and taking us backwards a bit. It’s so hard when you’re used to working like that to then not having anything because you’re not progressing. Sometimes that down time is necessary because you have to stop gigging to record. Things in the industry take so long to happen and it takes it out of you, but since it got started again, it took a long time but it’s starting to go in the right direction now. 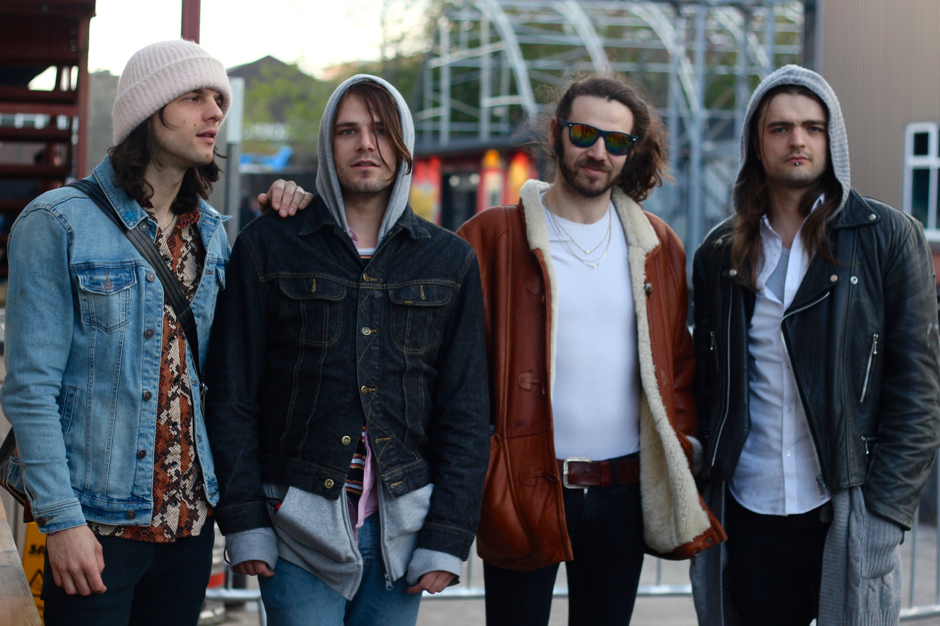 “We just want to make music. As much as we’re talking about hardships, when it’s right it’s so fun. You latch on to that feeling.”

I’m excited to see what’s to come from this group of down to earth northern gents. The Yorkshire quartet have ample talent to match their modesty and humility and their desire to use their music to soothe the minds of others. Having been to dark places themselves, only endears me to their music more. Keep your eyes peeled for their new namesake championing mental health into Europe and beyond.