The Elephant Trees: welcome to the Depressed Kids Disco Party

Martha Phillips is enjoying the growing interest in her and guitarist Sam Hugh Jones’ band. From opening the Hard Rock Stage at Isle of Wight to an acoustic show at Liverpool Sound City, the duo have been touring their unique mix of slick pop and spiky rock at festivals nationwide these past few months.  “The […]

Martha Phillips is enjoying the growing interest in her and guitarist Sam Hugh Jones’ band. From opening the Hard Rock Stage at Isle of Wight to an acoustic show at Liverpool Sound City, the duo have been touring their unique mix of slick pop and spiky rock at festivals nationwide these past few months.

“The travel is a killer, but it’s worth it for the crowds. We love seeing new places and getting people dancing – there’s something so cathartic about losing your shit in front of a hundred strangers on stage every night!”

With summer single ‘Idiot’ dropping ahead of an autumn EP release, things don’t appear to be slowing down any time soon for the duo. The Fender Unsigned Artist of the Year finalists have just released the first dates of a November headline tour – a tour they’re billing as the Depressed Kids Disco Party.

“Sam and I are fresh out of our teens. Only now are we beginning to gain some perspective on those crazy years. I wish I had known when I was 14 that it’s okay to be sad, but it’s also okay to dance through it. We are so passionate about creating a space for people to do just that. Music is medicine for the soul.” 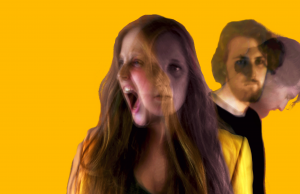 During the last four years, The Elephant Trees have released a batch of tracks and demos including Open Up, Hooked and Uncomfortable; titles that suggest mental health matters are a strong point of inspiration. With lyrics exploring addiction, isolation and obsession, they’re creating music with intentions to heal an alternative audience, as well as themselves.

“I find that if my songs don’t have grounding in a real experience, they just sound fake and boring. There’s so much to talk about when it comes to the brain – music is the most tangible art form to display emotion, it’s only right that the lyrics match.”

Bouncing from 90s indie riffs that evoke The Breeders to the more modern, polished Grimes sound of single ‘4100’, The Ele’ Trees have made a habit of genre jumping to this point of their careers. Martha explains it’s a product of emotional authenticity in the writing process rather than a lack of identity: one they’re looking to maintain as they create longer-form work.

“For a large part of my tiny life I’ve had depression and anxiety. I used to think experiencing such intense emotions was a hinderance. The older I grew, I found that with each intense emotion – be it grief, loneliness or even love – comes an equally intense symphony that I need to get on paper. Pretty much all of our songs can be tied to a moment of being overwhelmed in some way.”

Variety will permeate debut Monachopsis; an EP showcasing all new material besides the aforementioned ‘4100’ & lead off track ‘Idiot’.

“Our community is about LOVE, about acceptance, about openness. Cry if you need to cry and dance when you need to dance.”

“We’re often told our music crosses too many genres and we need to figure out our style before we release stuff. The thing is, that IS our style. The most memorable albums that stay with you, shape you, help you through life – they’re not just one toned. It’s like an emotional rollercoaster and I think that’s what we wanna do with our music.”

Part of the LGBTQ community, Martha labels herself and Sam as outsiders when revisiting what sounds, at times, a challenging adolescence in the Yorkshire town of Guiseley. The pair are on a crusade to create a community around The Elephant Trees; comfortable surroundings for youngsters, a setting they struggled to obtain regularly whilst growing up.

“It’s a very British thing to keep your emotions on the inside, but humans are incredible, passionate and emotional beings – it’s something that should be celebrated. Our community is about LOVE, about acceptance, about openness. Cry if you need to cry and dance when you need to dance. We are normal people that are trying to stay above water in a world that seems to want us to drown. Turns out there’s a lot of us and it’s easier to stay afloat when you have a hand hold to hold!”

It’s an ambitious and warming project, one the band are looking to start mentally on record, before bringing to life at live shows.

“I want to make it clear at all of our shows that it’s a space where you can be yourself. We want to implement the likes of gender neutral bathrooms, and we’re always open to suggestion on other ways to make these venues a safe space. The dress code – your fabulous self. If that means a tutu or a hoodie, we want everyone to be comfortable enough to express themselves.” 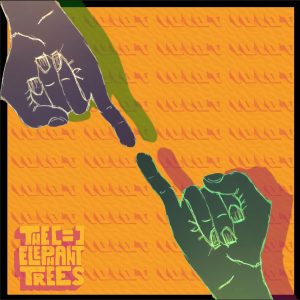 With her own lived experience of mental health issues, it’s clear Martha Phillips feels a responsibility to represent her peers. But what of her own state of mind? How does the front-woman plan on handling the prospect of an increase in gigs, reviews and media obligations in the upcoming months?

“Obviously it’s different for everyone. I did therapy when I was about 17 and I’m on medication now. It’s not something I’m embarrassed about or bothered about hiding. It does work hand in hand with the music and I think taking positive steps – in I guess the real world or a medical sense – helps me explore more than I was able to before. It’s not for everyone, but one of the common misconceptions is that it dulls your brain. But if it just balances things out so you can get to a place where you can use it (the brain) to its fullest, I can’t see the bad in that.”

With the pair now residing in Manchester, a home show in Leeds to end November’s tour might have triggered some additional anxiety for other bands. Martha and Sam seem in a good place; ready to handle whatever the road throws at them.

“It can be anxiety inducing, it definitely was the first few times. I think now we’ve grown up a little bit and we’re more comfortable with who we are, what we believe in and stand for, when we go back now it’s not as scary. It’s a bit more ‘look how well we’ve done’-  not like we’re a big band or anything – just look how well we’re doing in ourselves. We’re doing what we love and showing everyone else who is feeling like that, the outsiders, that you can do it. You can be who you want to be and actually like yourself. It’s almost come full circle and it’s therapeutic.”

Join us at The Elephant Trees live shows Here