If stereotypes are to be believed, lads that are into football don’t talk much about their mental health.

If stereotypes are to be believed, lads that are into football don’t talk much about their mental health.

They are largely occupied by last night’s results, thoughts of Stella at the weekend and generally upholding (largely tired) masculine conventions. In recent years, however, the team at Mundial Magazine have endeavoured to alter such outdated perceptions.

Not only has Mundial worked hard to curate a more accurate representation of the football fan – no longer bawdy and one-dimensional by default, but potentially discerning and self-aware – they’ve also advanced conversations around mental health with their core demographic: young men.

“It’s become much more acceptable to be open about how you’re feeling, and we like to to encourage that kind of thinking.” 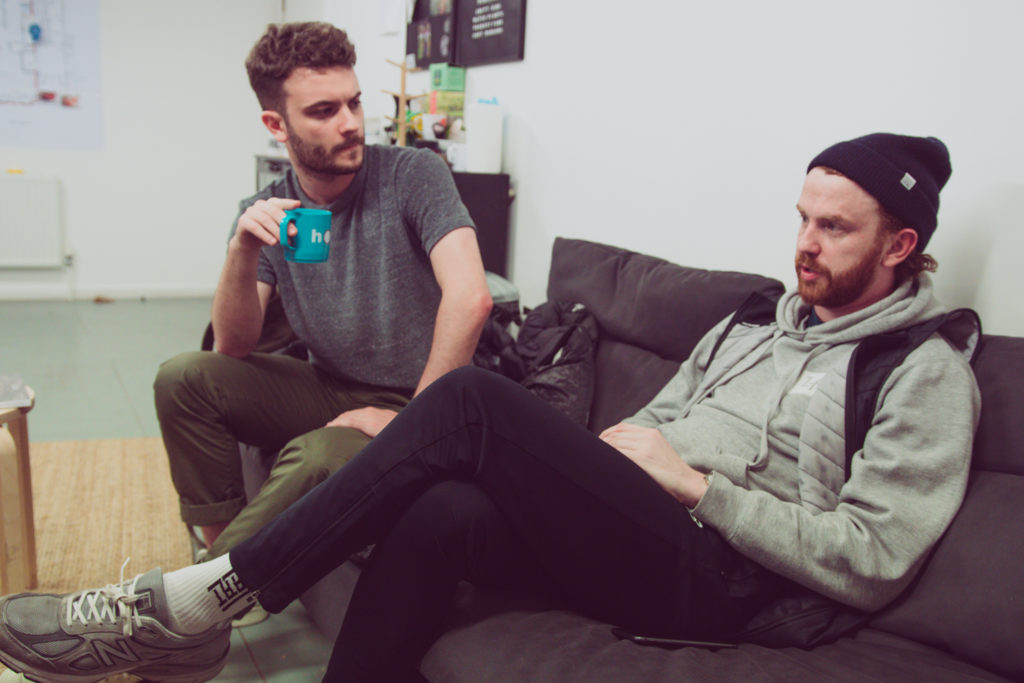 “We have language to deal with it, too. It’s not like ‘oh look, he’s depressed’. It’s understood that there’s a big spectrum.”

Whether talking about Gabriel Batistuta’s boots or health and wellbeing, Mundial’s self-deprecating, disarming tone immediately puts readers at ease. Any given article feels like a conversation with your slightly neurotic mate, not prose from an international publication.

Upon arriving at Mundial’s office, it’s easy to identify one contributing factor to their success. The team has created a harmonious workspace from which they flourish. Football memorabilia adorns walls, whilst large bay windows allow shards of light to spread throughout the space. A general feeling of comfort permeates. Sam acknowledges their fortune to work in such a setting. 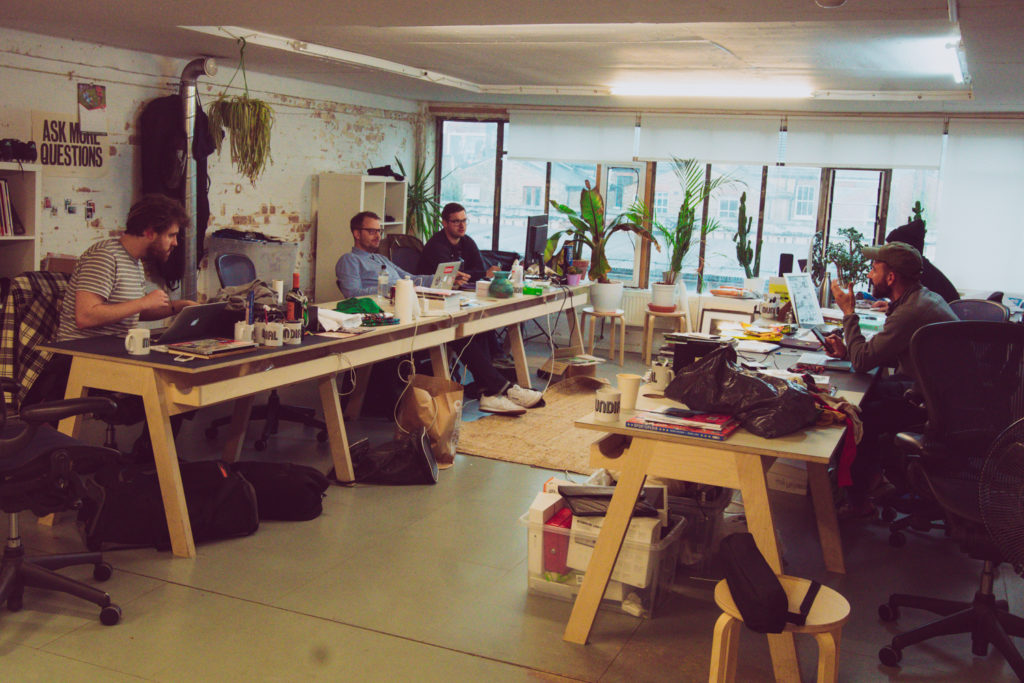 “If you work in a different industry and you go to your manager ‘I’m feeling a bit blue today’, you might not get the same outcome as we do.

“We realise that we’re privileged to work on a project we love, with mates, in a nice place.”

Although the open, understanding culture at Mundal’s office doesn’t extend to everyone’s employment, their literature does. The magazine has collaborated with mental health charities C.A.L.M and Mind, as well as The University of Liverpool, to create features that delve into mental health awareness.

“I think it’s important for us to provide some kind of dialogue for our readers” expresses Dan.

“Football isn’t the example that’s going to lead society (on the subject of mental health). It’s a reflection of society, but hopefully we’re helping in terms of moving the conversation forward.”

As beautiful as the game is, throughout much of the twentieth century, a lot of football spaces have been problematic. From racism to sexism, soccer’s governing bodies have often been slow reacting to the pressing issues of the day. Many would argue the FA and FIFA haven’t done enough to push the mental health agenda forward, either. Is that something that is changing too?

“It’s improved, for sure, but for every lovely, lefty football magazine in East London (that is sympathetic to mental illness), there’s still 40,000 fellas at Stamford Bridge, a large percentage of whom won’t go ‘oh he’s had a mental health problem, I won’t call him a name this week’. There’s still work to do.”

“We (Mundial) might get some nice headlines (for mental health initiatives), maybe a little bit on Match Of The Day, but we’re undoing sixty years at the other end of it. So it’s going to take some time.”

Yet football – and sport in general – in its truest, broadest sense, is a powerful vehicle to improve mental health. Whether playing a weekly game of five-a-side or standing on the terraces, football has long provided arenas where men and women can escape the pressures and realities of everyday life.

Additionally, for many, the communities and relationships that evolve out of football environments are crucial to long term happiness.

“Playing football regularly, especially in a big city, where you work all day, come home to a shitty little flat, it can be massive”, says Sam.

“When I first joined my team I wasn’t really looking forward to being in a big WhatsApp group full of lads, loads of stupid memes and whatever. But then you realise you have twenty-five mates right there, who you can talk to at any time, which is great.” 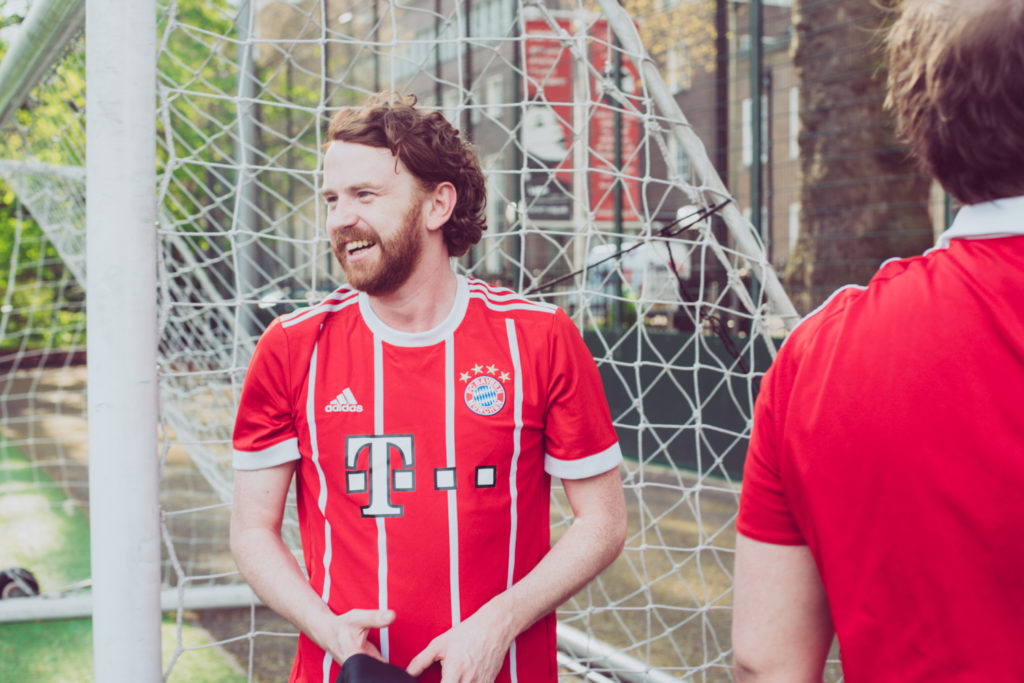 Tracking members of Mundial’s staff from their Hackney office to a local football pitch, it’s easy to see what an amazing social framework football can provide. That’s before we’ve even spoken about the physical and psychological benefits of playing the sport.

“It’s about mindfulness as well” says Dan. “For that hour or so, you’re not looking at text messages or emails. You’re in that moment, not worrying about something that happened in work last Thursday.”

Mundial’s overt discourse on men’s mental health couldn’t be more timely. No matter how broadly statistics referring young men and suicide are dispensed, they never cease to shock. Males are killing themselves at an alarming rate throughout the world. Many of them, presumably, football fans.

“We’ve all had our problems. Some things you can turn around and laugh at down the line. Other things are more serious”.

“If you’re feeling down or you’re struggling at work, or not feeling it on a night out or whatever, I feel like it’s okay to be open about those things now” adds Diss.

“If your headspace isn’t in the right place to do X, Y or Z, that’s okay. Hopefully when individuals see people they like, or admire, talk about their mental health issues, it becomes easier for them to do it too”.

The words and actions of taste-maker organisations like Mundial are crucial to breaking the last taboos around mental illness and defining what it is to be a man.

Football has long been considered- and considered itself- a macho domain, which in some instances, is no bad thing.

Perhaps, though, with the guiding hand of clubs, the media and governing bodies, football can help usher in a new era of positive mental health and masculinity. If Mundial Magazine is any kind of barometer, it’s already incoming.