Based in Liverpool. What are your main hobbies? I started learning guitar when I was about 13 or 14. That’s also something that can be therapeutic as well, just to make up tunes and hear the different sounds. It can be really relaxing and can elevate your thoughts. It’s almost like a meditative or cathartic […]

Charlotte can see you in Liverpool, or online over skype for £36 per hour.

Charlotte is a BACP member counsellor helping her clients to gain clarity and insight into how they think and feel. Her approach helps individuals to heal and grow, to be kinder to themselves, to let go of old habits and live life more fully, with a greater sense of meaning, connection and purpose. "I am on your side, and I will do my very best to help you."

All of our therapists are CRB checked. Scroll below to read more about Charlotte!

What are your main hobbies?

I started learning guitar when I was about 13 or 14. That’s also something that can be therapeutic as well, just to make up tunes and hear the different sounds. It can be really relaxing and can elevate your thoughts. It’s almost like a meditative or cathartic thing.

What kind of television, films, and music do you enjoy?

I’m sort of into grandad rock really! Bob Dylan, The Beatles. I like a lot of stuff from the sixties and seventies, like Queen, David Bowie, and Fleetwood Mac. The more contemporary stuff I’m into is bands like The White Stripes – that raw, kind of indie or garage rock sound. Bluesy stuff like The Black Keyes too.

I love Game of Thrones and I also quite like Tim Burton films. I really like Drew Barrymore as well and I watch everything she’s in. A sort of cheesy film that I like – going back to when I was in school – is Romy and Michele’s High School Reunion with Phoebe from Friends in it. Friends is also one of my favourite TV shows, as well as The Big Bang Theory.

One of my favourite books is Frankenstein by Mary Shelley. I just love that Gothic style and the rich detail. It just really had me gripped page after page.

A counselling author that I really love is Irvin Yalom. He’s a really famous counsellor and psychotherapist who writes fiction as well as books about clients. He actually teaches me a lot and has been my biggest teacher lately. He’s really funny and he’s like a dog with a bone. You get taught as a counsellor to let it come from the client; don’t try and chase a story, and go with their own feelings at their own pace, but he really is relentless in trying to find out the reason behind things. He does it in such a skilled, professional way that he really helps and really deeply cares about people.

What do you do to stay well?

The first thing that comes to me is communication. That’s something that has really deepened for me since training to become a counsellor; communicating openly and authentically with everybody and not storing things up.

I’m also into meditation. I like doing silent meditations and they’re my favourite. I’ve also used apps like Insight Timer, which is a great free app which teaches you how to meditate. I’ve recently started doing yoga in the morning with my housemates too.

I love nature and going on walks, especially with a friend or with my boyfriend to talk. I love going to the beach as well.

What is your favourite place?

It sounds quite cheesy but at the moment, my favourite place anywhere on earth is with my boyfriend.

In terms of travelling, a place I really felt at home in was Berlin. There was just a sense of being brand new there and everyone feeling comfortable to be whoever they want to be. It felt so fresh and I think that might be mainly because it has all been rebuilt after the war. You can feel a sense that it’s brand new and everyone is young.

There’s just an energy there of everyone wanting to be connected and that everyone is reinventing themselves there. People just talk to you in coffee shops – total strangers. When we went out clubbing, it’s not like here where you just go out with friends. People actually wanted to meet you and be friends with you.

What would you say are the main issues young people are facing today?

A big thing that comes to mind generally is social media. I think a large part of being happy comes from connection and as people are becoming more and more disconnected they’re losing that sense of connection with people. People are more anxious now, people are more depressed now, and people are basically glued to their phones.

People aren’t really in the moment anymore. A lot of people can’t just go and sit with someone in a coffee shop, give them eye contact, and enjoy the richness of a conversation. Some people just stare at their phone obsessively and that’s their biggest source of connection.

It feels like emotions are becoming sort of a narrow road and dead because people aren’t really connecting and communicating fully. We’ve evolved to be around other people, to connect with them, and to socialise with them but I feel like society is moulding people to become more antisocial in a way. That especially affects young people because they have grown up with this dynamic. They don’t really know any different.

I see it at social functions as well. I was at a christening the other week and I could see teenagers constantly on Snapchat or Instagram videos. One minute they are sitting at a table but the next they’re dancing into their phones, and as soon as the camera stops it’s back to reality. It’s like being a character in a film, putting on this show. Happiness becomes ‘likes’ and how you’re perceived by other people. That’s all that matters – people seeing you on a screen but not the people in front of you.

It all becomes about how people perceive you and looking cool. It could be like an Instagram post at a cool coffee shop with flowers in the background or whatever. That’s more important than everything going on around you.

What would you say are your personal approaches? What kind of therapist are you?

I’m trained in Person-Centred therapy. It was invented by a psychologist called Carl Rogers and it’s based on empathy; unconditional positive regard, which is unconditional acceptance of the person; and congruence, which is realness or genuineness. In other types of therapy, you might get a therapist who just nods along or doesn’t really say anything but in this type of therapy you are just yourself. You bring your personality to the room, so when someone says something to you you give a genuine response about how you feel or how they come across to you. It’s based mainly on that relationship between you both.

As you’re developing a relationship that aims to be connected through giving each other eye contact or communicating at a deep level by being honest and open, this helps the client because it teaches them basically how to do that in their own life. The more they share with you and the more they feel comfortable with you, they will get the urge to do that always.

Someone might come to you and they find it hard to talk about their real feelings so they put on a mask and say, “Yeah, I’m fine! I’m great!” and joke around, but really they’re anxious and unhappy. The more they reveal to you – those true feelings – the more comfortable and able they will be to reveal their true feelings to those around them.

Person-Centred therapy is my specialist approach, but really I try to tailor therapy to each client. It doesn’t so much matter what the person has come in with, whether it’s anxiety, depression, relationship issues, or whatever. The way that I treat them is based on how they are as an individual. It’s not so much about the causes of distress but it’s more about in the moment and what they’re saying. As everyone is so different, it’s basically taking the words of what they say and the process of how it’s happening and how it. makes them feel. It’s revealing them as a full person and taking them in as a full person.

What do you think your strengths are as a practitioner?

Clients always tell me, pretty much from the get go, that they feel so comfortable because most people come in with a lot of anxiety. It’s scary to have therapy for the first time. A lot of people rehearse what they will say because it’s so nerve wracking, and I’ve been there myself. I’ve had therapy and it’s so nerve wracking the first time to think that this stranger who I’ve just seen a picture of and know nothing about will be sat there listening to me being raw and exposed. Usually this is stuff they’ve never said to anyone else.

My clients will say, “I really feel like you’ve got your full attention and focus on me.” That’s so obvious to me and it’s so nice to have that dedicated time and attention. They also tell me that they like how real I am. Sometimes I’ll disclose things when appropriate about myself, and that’s something that really develops trust as well.

I think I’m quite a visual person, so we’ll use imagery and visualisations to explore how things look as well as how things are put into words. A lot of my clients will use metaphors and then I’ll use visual metaphors as well. We really explore things in detail and they tell me that they love that.

It feels quite creative and I think that’s why I love it. I’ve always wanted a creative job and to help people in some way, and it just gives me that perfect blend of purpose and feeling like I’m using what I’ve got and making people really good and comfortable.

If a young person was nervous about starting therapy, what would you say to them?

I would usually say to them in the session that I’ve been there and I really get how nerve wracking it is for them. I really appreciate how hard it is for them to be there and how uncomfortable it is. I would say that they’re making a really brave step just by coming in. 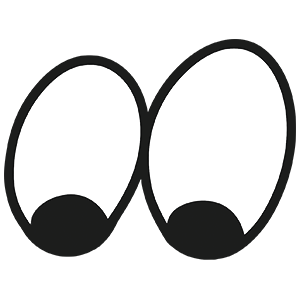